The artists behind a number of this year’s Sundance Film Festival titles offer a look behind the scenes at their creative processes. 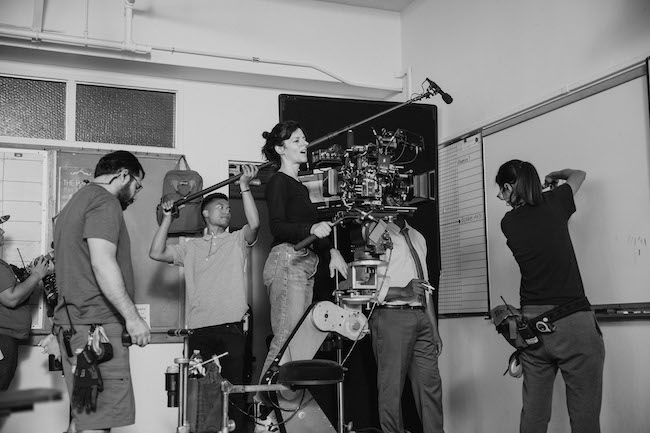 Each January, the Sundance Film Festival brings throngs of filmmakers and cineastes from far and wide to the wintry climes of Park City, Utah, for packed screenings and round-the-clock events. But not this year. With the Covid-19 pandemic ongoing, the festival's 2021 edition offered a decidedly different seven-day experience tailored to the times, with predominantly online viewing complemented by satellite screens peppered across the U.S.

Despite the differences, the festival as always offered a premier showcase for new titles and inspired talent. The Panavision brands are proud to have supported a number of the projects that debuted at this year's Sundance Film Festival. We caught up with a handful of the filmmakers, who generously shared their creative insights.

Rick Joaquim, SASC: We had the choice of going spherical or anamorphic initially, but after spending time with Noma and unpacking our film, we both felt anamorphic would be beautifully suited for the story and would support it visually really well.

Primo Anamorphic lenses have so much character, and as I continue to grow as a DoP, I find myself being more drawn to aberrations and personality in lenses. Especially now, when we predominantly shoot on super-sharp sensors and digital cameras.

I am a huge lens fan - and nerd - so for me, the depth of field and the bokeh are all things I love in anamorphic lenses. They have this texture, which takes me back to films I used to watch as a kid. And the Primos are really fast for Anamorphic lenses at a T2, which helped keep our lighting levels low on set. We shot a lot of the film at T2.8 or T4.

Marvellous and the Black Hole

Nanu Segal, BSC: The aim was to create a visual landscape that was imperfectly beautiful, where the tone could shift easily into fantasy when the script called for it. We wanted to create a world for our heroine which was naturalistic yet heightened, so the audience could be empathetic to her specific journey.

Particularly since the industry has shifted from film to digital, lensing is a cornerstone in creating a specific and personal identity in the work we do as cinematographers. Panavision has the most beautiful selection of lenses - there are so many choices for every kind of project. We shot on Xtal Xpres anamorphic lenses and Panavision Super Speeds. The Xtal's were chosen for their organic beauty and inherent quirks and 'flaws' - they instinctively felt like a great match for the bulk of the film, which is a coming-of-age story. When the story moves into our heroine's imagined world, we switched to the Super Speeds for a cleaner, crisper image and a differing bokeh to reflect that things are clearer and more open in her imagination than in her life.

Michał Łuka: Prime Time takes place on the final day of 1999. We were inspired by a 1990s grunge look. We believed that kind of roughness and simplicity would be right for this story — a grungy, naturalistic look.

I've always been pleased with my collaboration with Panavision, and this project was no exception. We tested a whole bunch of spherical lenses, and we found that Panavision Primos were perfect for the look that we wanted to achieve. I love the contrast of the Primos and how they render skin. The image you get with them is neither too sharp nor too vintage. For me, it's a perfect balance. 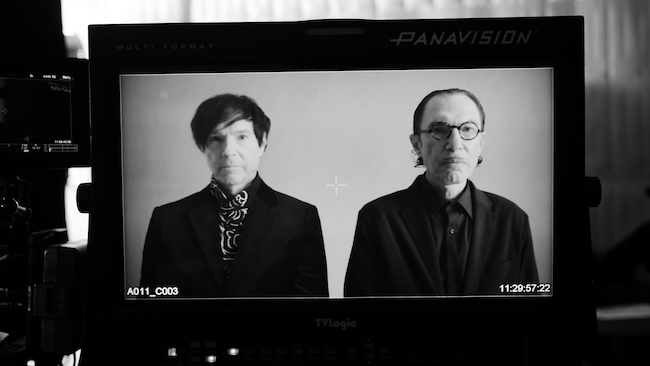 Jake Polonsky, BSC: Edgar came to me with an idea that he wanted the interviews to have the look of Richard Avedon's picture of the band that graces the cover of the Big Beat album from 1976, which was shot on large-format black-and-white.

I needed to find some large-format lenses to put on the [monochrome] Monstro, and I knew that Panavision would have some good options to look at which might be more characterful than a modern large-format lens. We tested a few options and found that the Primo Artiste lenses felt like they had the right combination of cosmetic appeal and softness. This was all going to be portraiture, after all. 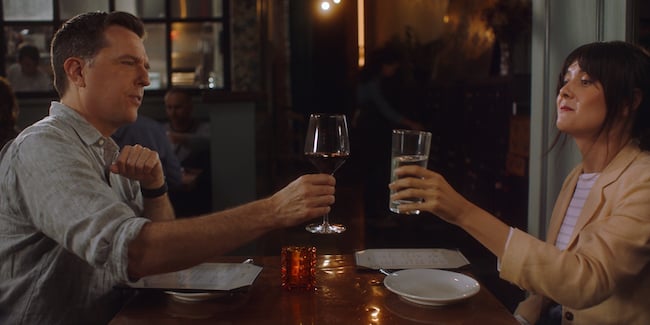 Nicholas Hasson: The director and DP had a visual guide with references from previous projects, and we used those references as a jumping-off point. We started the grading process by exploring looks and seeing what happened to the skin tones. During the grade, we focused on our lead characters and how they interacted with the environments. We spent a lot of time on just the two lead actors — it was important that they not get lost in the frame.

Sean Dunckley: Wild Indian depicts a childhood event for two boys that dramatically changes their lives as they grow up on a reservation, juxtaposing their lives as children and, in the current day, as men. Being such a character-driven story, we didn't want to push colour in one specific way. We really worked on the nuances of a naturalistic look. Eli did an incredible job getting that look in camera, so my job was really just to add a touch of that cinematic feel to the film and eliminate anything that distracted from the story.

We focused on making sure the characters had a really strong contrast to their lighting to give a sense of depth to the images. We didn't want a flat pastel image that felt manipulated. We had a strong black level and tried to keep a sense of realism.

Eli Born: Lyle wanted the film to look naturalistic yet still sculpted. During production, we took more light away with negative fill and embraced the cool, soft light of the open shadows outside. There are subtle nods to the colours in Ojibwe art found in the production design and lighting.

We worked with Sean remotely and went through the film scene by scene. We knew we didn't want to venture far from the original look. The biggest decision for us was where to land the contrast of the film. We shot looking at Rec 709, so Sean used a slightly more filmic LUT with a smooth curve in the highlights. I was trying not to overlight the native actors, and Sean maintained a diligent eye for skin tones throughout. He did a great job retaining what we had shot whilst adding just the right amount of contrast and colour complexity.

Sam Davis: Yoruga’s a weird film. The obvious choice would’ve been a really heightened, almost kitschy visual design, like a sci-fi control room with a single overhead fluorescent or something, but we opted for a warmer, more organic look. This grounded the story in reality, which I think made the film more original and, ironically, weirder — in the best way.

The story is set in a not-too-distant future, but we never wanted it to look futuristic. Instead, our goal was for the world to feel familiar and lived-in. Everything from the location to the design and wardrobe followed that principle, and shooting on Super 16mm wrapped it all up in a bow - a futuristic story with an almost vintage feel.

I always try to work with Panavision. From glass down to the finest details of the build, I know I'm going to get a parcel thoughtfully curated for the specific demands of the shoot. We shot anamorphic because our locations were very horizontal spaces, and because - spoiler - most of the action revolves around a turtle crawling across the floor. [Technical Marketing manager] Guy McVicker helped us select the S16 Auto Panatar 1.3x lenses in order to maximise the negative. 16mm anamorphic is obviously a heavily textured look already, so I was pleased with how sharp the lenses were. 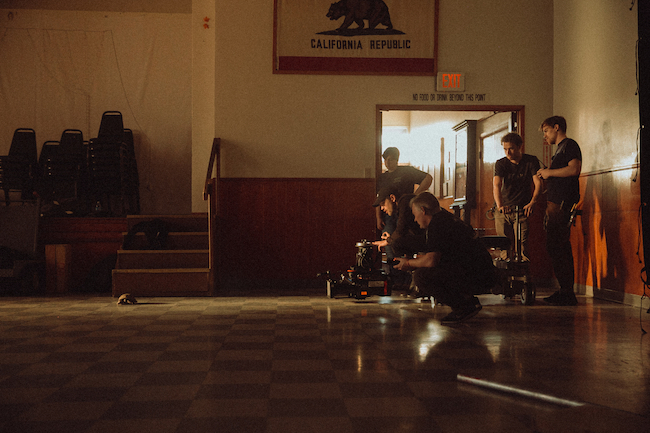 Opening image: Nanu Segal, BSC at work on Marvellous and the Black Hole. All images courtesy of the filmmakers.